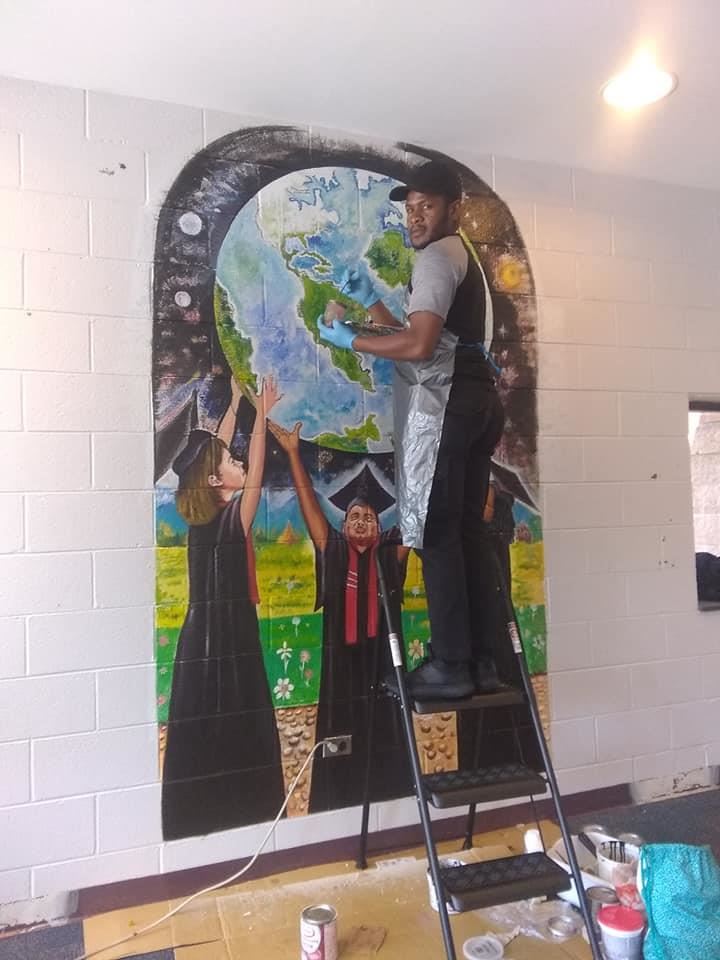 Brenton Campbell was born in June 1983, in Craighead, Manchester and was educated at the Holmwood Technical High School where he served as a student councillor and then as head boy in 2002.  His hobby started out with art as he remembers sketching in his exercise book. His passion for art led him to have his first mini exhibition in the teacher’s staff room where all his pieces were sold. This venture helped Campbell to earn the respect of his principal, teachers and fellow students. By this time, he was participating in the popular Mandeville Art show where he shared spotlight with some famous Jamaican artists. Campbell proudly attended these art shows along with his art teacher and students. Shortly after that, Campbell was featured on the TVJ Smile Jamaica Morning time artist of the week program. This further gave boost to Campbell’s artistic career.

After graduating from Holmwood during the year 2002, Campbell had his first major exhibition along with his older brothers Eugene and Webster Campbell at the Pegasus gallery and for the second time Campbell and his brothers  were interviewed on TVJ. The exhibition was successful which helped Campbell to enrol in Edna Manley college of Visual Art where he received a bachelor degree in fine arts followed by a teaching diploma at the University of Technology. Campbell on his final year at Edna Manley College entered the JCDC festival competition where he was awarded a merit followed by a bronze in 2014. Campbell is currently an art educator at the Troy High school where he resides in Manchester and continues to produce several masterpieces which includes portraits, landscapes and abstract all done in oil or acrylic on canvas. Campbell’s creativity has also led him to construct three dimensional works (Papier Mache) from paper and have even sold quite a few.

His work focuses on highlighting aspects of Jamaica’s rich cultural heritage. One of his strongest philosophies as an artist is that his work should help to preserve the best aspects of his cultural heritage .People from all walks of life should recognize that his work is unique and authentically Jamaican. He intends to continue inspiring people by producing outstanding works consistently. Campbell’s works can be found in places such as the Pegasus and Hilton hotel lobby, the Easel gallery and other private collection even as far as the Nigerian presidential palace.