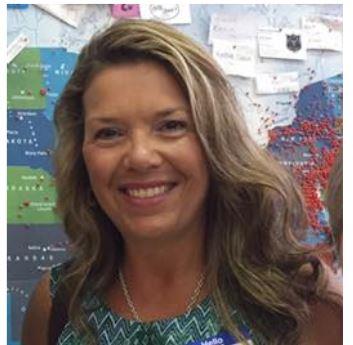 I am a native of Jacksonville, North Carolina.  My father was a career U.S. Marine serving our country for over 30 years.  I attended Onslow County Schools and graduated from Southwest High School in 1982.  I married my high school sweetheart, Van Peedin, and we lived in Fayetteville, North Carolina for 7 years while he served in the U.S. Army at Fort Bragg.  In 1989, he received orders to report to an Army base in Friedberg, Germany where we spent one year.  Van was medically discharged from the U.S. Army after the Persian Gulf War and we returned to Jacksonville, our hometown.

I own two horses, a Trakehner gelding named Cosmopolitan and a Percheron/Thoroughbred cross named Pascal.  I ride dressage and in 2007 I earned my Rider Performance Certificate at Training Level.

When I am not at the barn, I spend a lot of time with my family on our boat.  We like to fish offshore or hang out at the south end of Topsail Island.  I usually carry along a book so when the fish aren't biting I can read.  During the school year, I try to read all of the books on the Battle of the Books list.  Please feel free to share any titles that you think I might like.  I also love to play golf.  I'm still pretty new to the game, but it is one of my favorite sports.